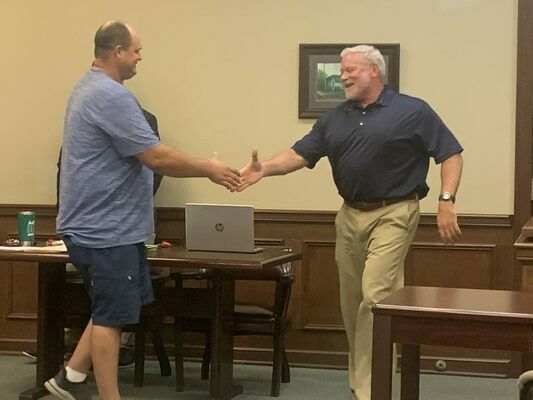 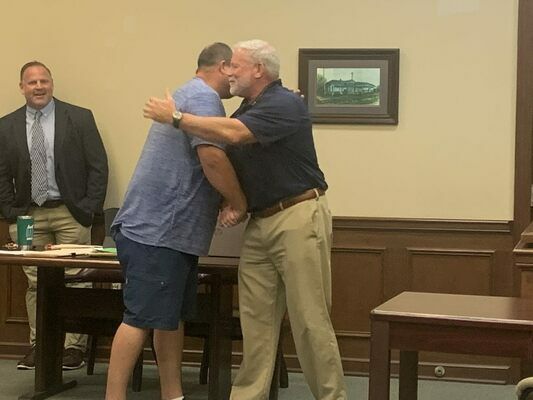 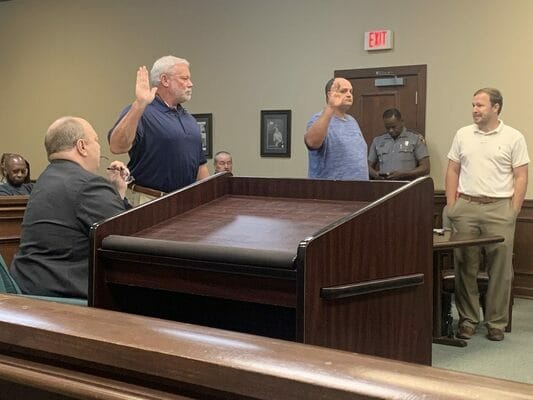 was resolved Thursday morning with most of the charges being dismissed.

between the two men during the Aug. 25 football game between Wayne

another, but both still faced charges filed by the Wayne County School

Nowell, the head football coach at Heidelberg High School at the time of

the incident, told the court that his "poor decision" cost him a 32-year

coaching career. He said he would not be able to find work in the

coaching and teaching profession again, and that finding work at all was

websites such as The New York Post, TMZ and other national outlets.

but the Board of Aldermen did not approve his hiring.

entire incident to be over. At the request of County Prosecutor Curtis

Bates, the two men stepped forward and shook hands and shared a hug.

After the case was finished, the two men were seen talking to one

another outside the courtroom.

the two men. As for Nowell, Smith found him guilty of the public

profanity and disturbing the peace charges the school district had

filed. He was fined $665.50 and was given the opportunity to have the

charges expunged from his record.

For Dearman, the charges were remanded for 365 days. Smith told Dearman

period, the case would be expunged.

For more details and an in-depth story about the case, be sure and pick

up a copy of the Thursday, Sept. 29 edition of The Wayne County News.

W.A. softball team heads to South State with No...