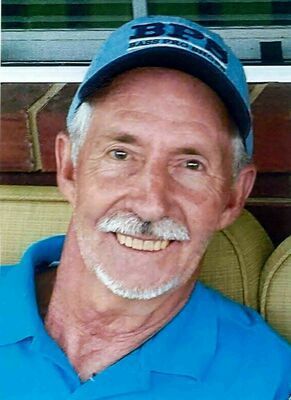 Born in Quitman on Friday, June 6, 1947 to V.C. Evans and Helen Evans, he was a member of West Shady Grove Baptist Church, where he served as a Sunday School Teacher and Deacon Emeritus. He worked as a Teacher and Coach for the Wayne County School District for more than 35 years and finished coaching track at Wayne Academy last year at the age of 74.

He graduated from Waynesboro Central High School in 1965. He and his classmates remained close throughout the years. After graduation, he attended the University of Southern Mississippi, where he earned a Bachelor's degree and was a loyal USM Alumni and supporter.

Andy was so many things to so many people but most of all he was a man of God. He loved his Lord, his family and his church. He was a fisherman, hunter, coach, teacher and mentor. He was a husband, father, Paw Paw, brother, son and so much more.

He attacked everything he did with all his ability. He is loved by so many and was welcomed into Heaven by his beloved grandson, Aidan, his mother, twin brother and father but, most importantly, by his Lord Jesus Christ.

He was preceded in death by his father, V.C. Evans; his mother, Helen Evans; his twin brother, Randy Evans; and his grandson, Aidan Atkinson.

Cooley strikes out 17 in Game 1 victory

Jaguars hang on for Game 3 win to advance