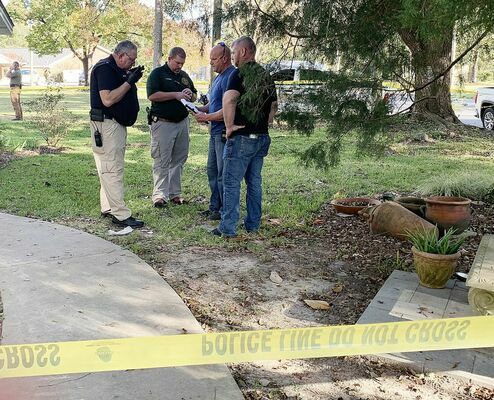 Agents with the Mississippi Bureau of Investigation have been called to the scene of an officer involved shooting in Waynesboro Wednesday afternoon.

Around 1:30 p.m. Wednesday, officers with the Waynesboro Police Department were called to the scene of a burglary in progress in the 900 block of Wayne Street.

According to WPD Investigations Commander Don Hopkins, officers entered the house and encountered the suspect, who was hiding inside at the times. Shots were fired and the suspect was wounded. He was transported to Wayne General Hospital.

Details were not being released, and agents with MBI were being called in. Those agents are expected to take over the investigation as officers with the WPD were involved in the incident.

Multiple WPD officers and deputies with the Wayne County Sheriff's Department responded to the scene, roping off the area and directing traffic along Wayne Street and Shady Pines Street.

Names of the officers and the suspect were not being released as the investigation is continuing.

Samaritan of the Quarter

Christmas Parade to roll on Saturday

Info on missing teen being sought