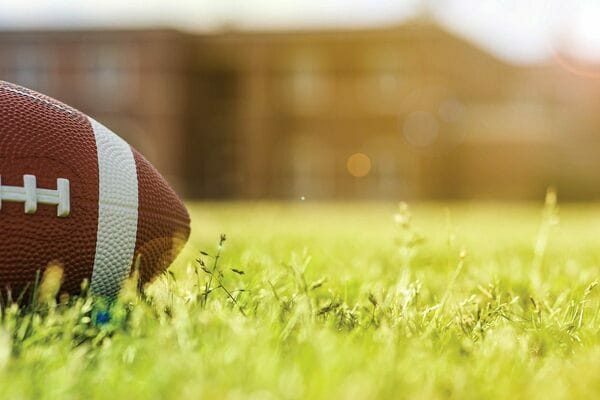 Click on the screen above to watch our weekly highlights show

HATTIESBURG — In a game featuring two teams undefeated in district play, it was the Tigers of Hattiesburg who proved to be dominant, rolling to a 35-6 win over Wayne County Friday night.

The loss dropped the War Eagles to 6-3 overall and 4-1 in District 3-5A action. The Tigers improved to 5-4 and 5-0 and improved their win streak to five straight.

WCHS got on the board first when Carter Hankins scored on a 2-yard run to make it 6-0 with 10:40 left in the first half. From there on out, though, it was all Hattiesburg as the Tigers dominated the line of scrimmage defensively and utilized turnovers and special teams to pull away.

The Tigers answered that initial score with a 56-yard punt return to take a 7-6 lead into halftime.

In the fourth quarter, Hattiesburg used a 52-yard run to make it 28-6. On the very next snap, a one-handed interception was returned 46 yards for the final score of the night.

For a complete wrap-up of the game, along with statistics and a preview of the game against Laurel, be sure and pick up a copy of the Thursday, Oct. 27 edition of The Wayne County News. For photos from the game, visit our Photo Gallery on this website.

Jaguars close out regular season with loss to Cougars

The Cougars of Brookhaven Academy proved they were worthy of the District 4-4A championship and a first-round bye in the playoffs, topping Wayne Academy, 35-14, at T.F. Giles Field Friday night.

The loss dropped the Jaguars to 4-5 on the year and W.A. now awaits the final Power Point rankings and the release of the Class 4A playoff bracket Saturday morning. As of Friday night, the Jags were No. 13 in the Power Point rankings, one slot away from reaching postseason play.

Brookhaven drew first blood with an 11-yard run at the 4:15 mark of the first quarter.

Brookhaven took the second half kickoff and promptly marched downfield, helped by a roughing the passer penalty that moved the ball into Jaguars' territory. The drive ended with a 6-yard touchdown run that made it 35-0 and started the clock running under the mercy rule.

In the fourth quarter, with 7:46 remaining, Jonathan Nicholson hit Davin Lowery with a 27-yard scoring pass. The Colton Stringer extra point trimmed the deficit down to 35-7.

With 4:08 remaining in the contest, Haydyn Pickering recovered a fumble and returned it 17 yards for the final score of the night.

For a complete wrap-up of the game along with game and season statistics, be sure and pick up a copy of the Thursday, Oct. 27 edition of The Wayne County News. For photos from the game, visit our Photo Gallery on this website.