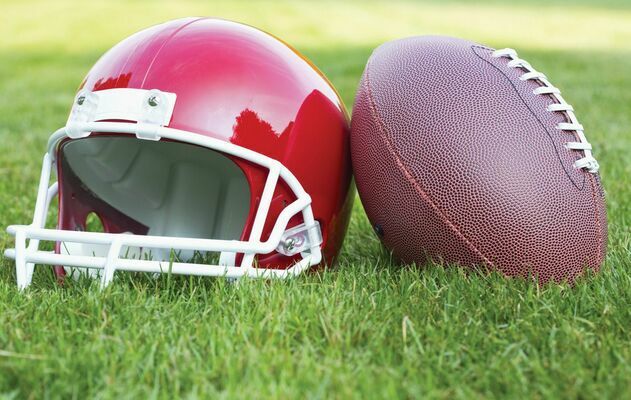 Click on the screen above to watch our weekly highlights show.

Unfortunately, the scoreboard doesn't keep tabs on a team's effort during a ballgame. Had that been the case Thursday night, Wayne County High School would have won going away against West Jones.

Scoreboards only count points, though, as the Mustangs held on to take a 24-19 win over the War Eagles Thursday night at WCHS. The loss dropped the War Eagles to 6-4 overall (6-3 on the field) with the three on-field losses coming by a combined total of nine points.

WCHS had plenty of chances to go through the motions and let the game slip away, trailing at one point by a 24-6 margin late in the third quarter. Instead, the War Eagles rallied and continued to fight, having a chance to score what would have been a go-ahead touchdown late in the game only to see a fourth-down pass miss its mark.

"We didn't fold," said Head Coach Jack Hankins. This is a team full of fighters and a team full of winners. We came up short but we're not going away.

"We're back, and these seniors helped put Wayne County back to something to reckon with. We're back and we're going to get better. We're going to push ourselves in order to win games like this.

"There are no moral victories, and we can't be satisfied with just keeping things close. We're going to get to work and get better."

Things looked like they would go the War Eagles' way at the start as a punt on the opening series was muffed, allowing Payton Hudson to recover it at the West Jones 37-yard line. The drive stalled, though, and WCHS came away with no points.

The Mustangs then punted on their first series of the night, only to see another fourth-down play by WCHS fall short of reaching a first down.

The defensive stop motivated the West Jones offense as the Mustangs marched 63 yards, capping the drive off with a 1-yard run that made it 7-0 with 53 seconds left in the opening quarter of play.

Eddie Poole returned the ensuing kickoff 52 yards to the West Jones 38, but the drive stalled again, resulting in a punt. West Jones needed only four plays to traverse 80 yards, with a 52-yard run capping things off and making it 14-0 with 10:07 left in the first half.

The Mustangs blocked a punt on the ensuing series, allowing the offense to set up at the WCHS 14-yard line. The War Eagles' defense held, though, but a 35-yard field goal made it 17-0 with 8:03 left before the intermission.

The teams then traded punts before WCHS took over at the West Jones 37. Three plays later, Carter Hankins hit Eddie Poole with a 10-yard pass to set the halftime score at 17-6 in favor of the visiting team.

An 8-yard punt by West Jones to start the second half set the War Eagles up at the Mustangs' 40-yard line. The drive stalled when a fourth-down pass fell 1 yards shy of reaching the first down marker.

WCHS bent but didn't break after that play, but a 26-yard punt was muffed, which allowed the Mustangs to keep the possession alive at the WCHS 18. Five plays later, a 3-yard run opened up a 24-6 lead with 3:16 left in the third quarter.

After a War Eagles' punt, the defense stepped up once again, this time when Aikerien Hopkins forced a fumble that popped into the air, allowing Brayden Mills to recover it and return it to the West Jones 3-yard line. Three plays later, Bakari McCall scampered 5 yards to make it 24-12 with 1:12 left in the third.

A West Jones punt allowed WCHS to set up at its own 28-yard line with 8:52 left in the game. On first down, Hankins hit Cameron McLaurin in stride and he took it 72 yards to the end zone. The Kyle Clark kick suddenly made things close at 24-19 with 8:40 remaining.

The teams then traded punts and the War Eagles took over at their own 27-yard line with 2:39 remaining. Facing fourth-and-10 from the 47, Hankins hit Poole with a 30-yard strike, giving the home team a first down at the West Jones 27. A pair of procedure calls and two incompletions gave West Jones possession at the 26-yard line with 36 seconds left. From there, the Mustangs simply took a knee once and then let the clock run out.