by Officer, other driver injured in head-on collision 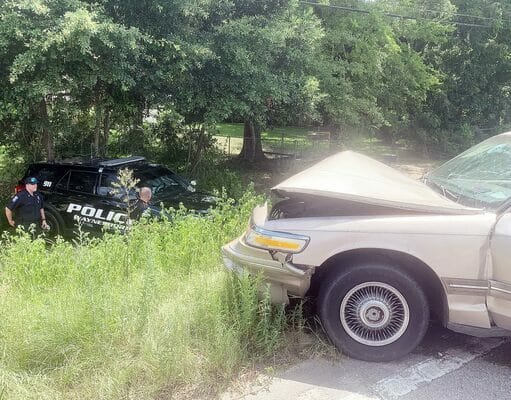 collision Tuesday afternoon shortly before 3 p.m. According to emergency

personnel on the scene, WPD Officer Neal Street was traveling on Highway

collided with him, sending the officer's vehicle off the ridge and down

in front of a home. Neal suffered undisclosed injuries while Jordan

suffered a compound fracture and other injuries. Jordan's vehicle was

being pursued by law enforcement at the time of the wreck. The